Laurie Graf is the Owner and Director of Center Stage Performing Arts Studio.  She bought the business from her former teacher, Ms. Frances, in 2009 when she retired.  Ms. Laurie danced with Center Stage since the age of three continuing to teach for Ms. Frances through college and graduate school.  Ms. Laurie attended Stonehill College in Easton MA where she graduated with a Bachelor of Arts degree in Psychology. She also has a Master of Arts Degree in Counseling Psychology from Lesley University in Cambridge MA.  She worked in the counseling field at such places as the Norfolk County Correctional Facility, Woodward School For Girls and Step One Early Intervention Program.  Ms. Laurie attended the Dance Teachers Club of Boston three year dance teacher training program where she received the Elsa Heilich Kempe award given to the graduating student who displayed the highest aptitude for teaching dance.  She is an active member of the Dance Teachers Club of Boston.  Ms. Laurie has served on the Board of Directors for two local Independent Schools: Adams Montessori School and The Woodward School.  In 2018 Ms. Laurie was awarded the Woman of Distinction Award from The Woodward School in Quincy.  She is also a member of the Quincy Chamber of Commerce and is the co-chair for the Arts, History and Culture Committee for Quincy 400 and the Mayor’s Advisory Board.

Ms. Aly started dancing at the age of 4 at the Jean Paige School of Ballet in Brookline and later, when her Mom joined the faculty, also added Center Stage Performing Arts Studio to her schedule!  In high school, Ms. Aly was a dedicated member of the Fontbonne Academy Drama program where she performed in many plays and musicals including having the lead role in “Little Shop of Horrors”.  Ms. Aly graduated as the Valedictorian of her class from Curry College with a Bachelors Degree in Early Childhood Education and a Masters Degree in Special Education. She received the Promising Educator Award while studying there.  After studying dance at Center Stage Performing Arts Studio for over 9 years, Ms. Aly joined the faculty in 2017.  She is excited to give back to the studio by teaching dance along side her mother Ms. Jacque.

Ms. Jacque started dancing at the age of 7 at the Jean Paige School of Ballet in Brookline where she continues to teach today.   Ms. Jacque is a graduate of the Boston Conservatory with a Bachelor of Fine Arts Degree in Dance with a Ballet Concentration.  She is a member of the Dance Teachers Club of Boston and has served on numerous committees and held many positions within the organization.  Ms. Jacque graduated from the Dance Education Program which was formally known as the Teacher Training Course, winning the Audrey Wilson Award for over-all highest score for both written test and performance.  Just 8 years later she co-chaired the program for DTCB, the youngest member ever to do so.  Ms. Jacque has been teaching at Center Stage since 2000.

A 23 year old professional dancer from Boston, Massachusetts, currently dancing on Unyted Stylez Hip Hop crew run by Ricardo Foster Jr., based out of Boston. Having trained and studied in numerous forms of dance since an early age, and and recently graduated from the Dean College Joanne Palladio School Of Dance with her B.A. in Dance and B.S. in Business. Though not limited to, she is known for her Hip Hop choreography and performing. Having done multiple professional performances such as concerts and music videos, in hip-hop as well as many other styles . Kelsie is invested in her students she teaches and has been teaching numerous styles of dance including Hip Hop, Contemporary, Jazz, Tap, Musical Theater, Lyrical, Ballet, Technique, Stretch and Strengthening. Her classes range in ages of children and adults, 2-18+, and she has been teaching for the past 8 years. Kelsie has a love and passion for teaching, and strives in advancing dancers not only physically but also with the knowledge and love of dance.

Ms. Deanna has been on the Center Stage faculty since 2007.  She was trained at The Gold School in Brockton MA and quickly became a well rounded dancer in ballet, pointe, tap, jazz, acro, and modern, traveling the world dancing in all styles.  Ms. Deanna trained at the Toronto School of Cirque Arts in Canada and performed in the Pennsylvania Ballet Nutcracker at the age of 6. In 2000 she was part of the USA Tap Dance Team that won a Gold Medal in Germany. She also won the USA Solo Dance Challenge in 2001.  At the age of 19 Ms. Deanna began her professional dance career with Disney Cruise Line. She was in the character and main-stage performances.
After four years of performing with Disney, Ms. Deanna returned home to college to get her Bachelor of Science Degree at Johnson & Wales University. 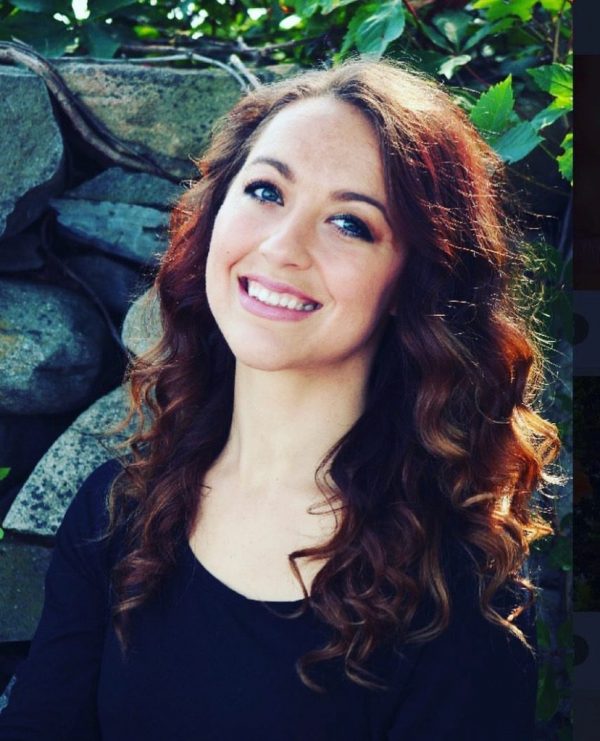 Ms. Britteny is a native of Brockton, Massachusetts who grew up studying at a local dance studio. After high school Ms. Britteny expanded her dance knowledge through the Bachelors of Arts in Dance program at Dean College in Franklin MA. Through the school she performed and choreographed for over ten shows, studied several tap, jazz, modern, and ballet techniques, and was trained in various levels of dance composition and improvisation. After graduating in May 2010 Britteny began her performance career which includes a guest performance spot with Fracture Dance Company, as well as a dancer in DJ Maverik’s “All Night” Music Video. Currently Britteny is a core member of Kinetic Synergy Dance Company and performs at festivals and shows all over the New England area.  She is also the director of the Lawrence High School Dance Company. Ms. Britteny has been teaching at Center Stage since the 2011-2012 season.

Sandra Zarotney Keldsen (Ms. Sandy) has been teaching dance and yoga at Center Stage for 10 years.  She grew up in Connecticut where she graduated high school as a dance major at the Greater Hartford Academy for the Performing Arts.  Sandy went on to complete her Bachelor of Fine Arts in Dance from the Boston Conservatory where she graduated with honors and was the recipient of the Ruth Ambrose Award for Dance. Currently, Sandy co-directs Dances by Isadora Boston  a company dedicated to preserving the work of modern dance pioneer Isadora Duncan through workshops, performances, as well as the creation of new work inspired by Duncan. Dances by Isadora Boston's recent performance and teaching credits include the Jacobs Pillow Inside Out Festival and the Isadora Duncan International Symposium in London. She has also performed with several modern dance companies in the Boston area, including Daniel McCusker, Lorraine Chapman, and Kelli Edwards.  Ms. Sandy is a 200 hr YTT certified yoga instructor, and uses elements of yoga in her dance classes to keep dancers strong and flexible, and alleviate performance anxiety through meditation and breathing techniques.

Ms. Crystal is a native of Arizona and has been teaching at Center Stage since her move to Massachusetts in 2009.  She is a graduate of Arizona State University where she received a full scholarship to pursue her Bachelor of Fine Arts degree in Dance with a minor in Child Development.  While in college Ms. Crystal trained with many well known dance artists and received Honorable Recognition Awards for her student choreography and performance.  Ms. Crystal trained and performed with School of Ballet Arizona for 8 years and in the Centerdance Modern Dance Professional Company for 3 years.  Ms. Crystal has fitness certifications in Zumba, PiYo (Pilates Yoga), Turbokick (kickboxing) and Barre and continues to teach at gyms and fitness centers all over our area.  Ms. Crystal is also certified in secondary education and worked as a middle/high school lead dance teacher with a program of over 200 students.

Ms. Erika is a native of Quincy and began dancing at Center Stage at the age of 4. She attended Dean College in Franklin MA where she received her Bachelor of Arts degree in Dance with a concentration in Dance Education.  She has studied under world renowned choreographers and teachers such as Joan Phelps Palladino and William Evans. Her favorite genre of dance is tap! During her time at Dean, Erika published a book about the important foundation a child needs to succeed in later life. Erika is a member of Kinetic Synergy Dance Company and has been on the faculty at Center Stage since graduating from Dean in 2017.

Originally from England, Rachel trained professionally at The Urdang Academy in London's West End in Professional Dance (Ballet, Jazz, Tap, Contemporary and pas de deux). After graduating Rachel enjoyed her career as a Professional dancer on Cruises, and worked her way up to Dance Captain with Lead roles such as Flash dance, Dirty Dancing and special Adagio couple. Alongside this Rachel had the honor of training with the Radio City Rockettes for two years in the invitation only Summer Training and had the honor of performing in London's O2 arena with artists such as Post modern jukebox. Alongside teaching Dance, Rachel also instructs Barre and Cardio classes, loves to run and walk her Beagle puppy Benny (with husband too!)
Rachel is beyond thrilled to be part of the Center stage family and is ready to share her passion and work closely with these amazing young pre-professional dancers. 'I'm excited to watch and encourage each child flourish and grow at Center Stage!

Sean Bjerke is a martial artist and dance teacher based in Boston, MA. Starting as a Tae Kwon Do student in 1991, Sean’s martial arts training later inspired him to pursue performance dance at Tufts University in 2001.  In 2006, Sean joined his first professional dance company, Unyted Stylz (US), led by Ricardo Foster Jr.  In addition to performing and choreographing year-round, Sean would go on to co-produce five full-length variety shows for the company. During this time that Sean was introduced to many street style foundations, including hiphop, popping, locking, house, bboying and krump. He was eventually drawn specifically to house dance, and sought instruction from Jardy Santiago (San Francisco), as well as the older generation of house pioneers to deepen his understanding of the style. Sean has been fortunate to learn from many elite house dancers who have heavily influenced his movement and teaching style. Notable influences include Santiago, Sekou Heru, Caleaf Sellars, Cebo Carr, Tony McGregor, Edson Gonzaga, Brian Green, and Boston natives Steven Garcia and Sammy Savuth. Sean is currently a co-artistic director and choreographer for the award-winning CONcept ARTists, a Boston dance company specializing in urban choreography that performs year-round. In addition to teaching his own independent workshops at various studios, universities and conventions since 2006, Sean has taught weekly commercial choreography, hiphop and house dance classes since 2010. He taught at The Jeannette Neill Dance Studio from 2010-2017 and later found a home at The Dance Complex in 2017 where he currently teaches House.  In addition to the stage performances he co-produced with US, Sean’s notable production credits include three CONcentrate on the ARTistry showcases from 2016-2018, as well as the Beantown Lockers’ 2016 Vaudeville Funk locking festival, the first locking event of any kind in Boston since the early 1980s, featuring locking creator, Don “Campbellock” Campbell. In addition to traveling across the country to train and expand his dance network, Sean still trains his first love, TaeKwon Do. In 2015, Sean became a TKD Master by obtaining his 4th Dan Black Belt.

Scroll back to top